Lesson 1
The Personality Of Christ In Isaiah 9:6-7

Intro: We are in the midst of the Christmas season. It is a time designed to call to remembrance the birth of the Lord Jesus Christ, the very and ONLY BEGOTTEN SON OF GOD, into this lost world.

For those who know Him, we seek to honor Him during this season, but the world reacts to this season in a very different way. Either they ignore Him outright, refusing to say “Merry Christmas”, or to use His name. And because they do not want to associate themselves with the name of CHRIST, they blaspheme Him by using His name to make money for themselves, they even went further to replace the “CHRIST” in “CHRISTmas” with the letter “X”; Thus calling it “X-MAS”.

All around there are Christmas trees, lights and all the other colors and decorations of Christmas. Cards are sent that represent His birth. Gifts are given because He was the greatest gift ever given. Still, most people have no idea Who Jesus Christ truly is. Isaiah leaves us no doubt as to the identity of the child mentioned in these verses.
For the next couple of weeks, we will be looking at the identity of the baby born in Bethlehem many years ago from ISAIAH 9:6-7

The Doctrine of Forgiveness for the Dummies
LESSON ONE

1. HE IS THE VISIBILITY OF GOD’S GRACE

2. HE IS THE VISIBILITY OF GOD’S GLORY.
Isaiah calls this baby, first of all “a child”; we can say the word “child” used in this verse speaks of His humanity.
Then, secondly, he called Him, “son”; we can say this speaks of His deity. The word “deity”, means “a supernatural being, divine, or sacred.”
The word “Son”, was used to show the importance of the responsibility of headship which was given to man. The man child is well recognized even in our society today.
Also, him being a “son”, is the fulfillment of Genesis 3:15, “the seed of the woman”.
Jesus Christ is literally the “God-Man”.
Some people believe the greatest miracle was His death on the cross, others the resurrection. Some point to His healings, the feeding of the multitudes with the loaves and fishes, the transfiguration, or other miracles as being His greatest. I would agree that, while all of these are indeed great manifestations of His divine power, His greatest miracle is the incarnation. The day God became a man and remained God is the greatest miracle of all! Phil 2:5-8.

3. HE IS THE VISIBILITY OF GOD’S GREATNESS.

Isaiah tells us that this child will have a “name”. Then he goes to list more than one name. I do have 8 official names, you all do have more than one name. Jesus has many more! One could never be sufficient to declare His glory.
Each of my names has a very unique and thoughtful meaning.
We are all going to give at least two of our names, and then, each person will tell us the meaning. This is to prepare us for our lessons for the next 5 weeks.
We are going to take each name in Isaiah 9:6, what it means, and why Christ is called by such a name. Be in your place next week, right on time, as we begin to explore the 5 unique names our Savior was called. 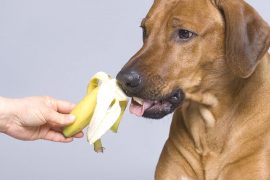 Casting The Children’s Bread To Dogs 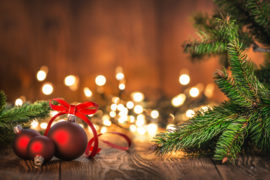 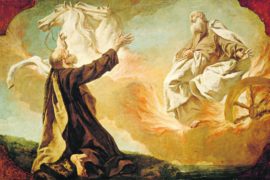 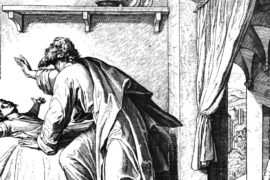