Facts About the NKJV

Many people use the New King James Version today. It is admittedly not as bad as those versions that completely depart from the Masoretic and Received Texts of the Hebrew and Greek Testaments. However, it still has the modern liberal approach to translation. This approach is as much the problem with new bibles as is the text they use for translation. Even versions that claim not to use the modernistic approach are very affected by this philosophy.

Let me explain this in different words. Not only is there a problem with using the wrong original language texts, but there are also different ways to translate from one language to another. The approach of the King James Bible is to keep the language as close as possible to what it is in the original languages. Many of the ways of saying things in the King James Bible come directly from the Hebrew or Greek phrases.

Another approach is to give the same meaning in modern words. Scholars call this approach dynamic equivalence. This sounds good but it usually means that the translators become interpreters of the difficult passages in the Bible. They look at a passage that could be understood in more than one way, decide what they think it means and then translate it to have that meaning only. Since you have trusted them to interpret the passage for you, you now have to depend on them entirely to know what God really said. In this process, it is very easy for the translators to insert their own beliefs into the text. And, there is no chance of you seeing something other than what they want you to see unless you go to the original languages.

1. It is not what it claims to be, i.e., a simple updating of the King James Bible (this claim is made in the Preface to the New King James). There are approximately 60,000 textual changes made in the NKJV. It is a new translation, not an updated revision.
2. The doctrine of hell is clearly attacked. Of the 54 references to hell in the KJB, only 31 of them remain in the NKJV. (By comparison, the NIV mentions hell only 14 times.) Lucifer is “brought down to Sheol” (Isaiah 14:15) and the rich man is “in torments in Hades” (Luke 16:23).
These cooler substitutes confuse the reader and give aid and comfort to hell-deniers. See also Isaiah 5:14; Matthew 16:18; Revelation 1:18; 20:13-14.

4. The thee’s and thou’s are removed. This weakens the dignity and accuracy of the English text as indicated in numerous marginal notes in the New International Version identifying the “you” as singular or plural in order to establish correct interpretation of the text. These marginal notes are unnecessary in the King James Bible.
Let us look at some of the passages where the New King James Bible takes liberties with the wording of scripture.

1. Genesis 22:8
– This chapter tells of the offering of Isaac by his father Abraham. It is a beautiful picture of how God the Father will offer His Son Jesus Christ on the cross. In this verse, when Isaac has asked about the lamb, Abraham replies, “My son, God will provide himself a lamb for a burnt offering.” Bible-believers throughout the ages have seen this as a double reference in which Jesus, who is God, will provide Himself as the Lamb for our burnt offering. The New King James changes this to read, “God will provide for Himself the lamb for a burnt offering.” This removes any reference to God Himself being the Lamb that would be offered.

ABOUT TEXTUS RECEPTUS OF THE KING JAMES BIBLE VIDEO

2. Ecclesiastes 5:8
– This verse clearly refers to God as the one who watches over those who are oppressed: “for he that is higher than the highest regardeth.” This obviously refers to God. But, in the New King James, this reference to God is changed to, “higher officials are over them.” In other words, there is no need to be concerned about oppression by lower officials since they have higher officials over them. Can we have confidence in being watched over by higher officials? They may be corrupt as well. Only God can make sure justice is finally served. The New King James removes a clear reference to God.
David Reagan 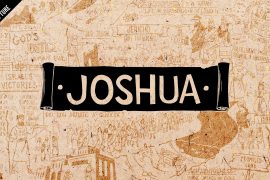 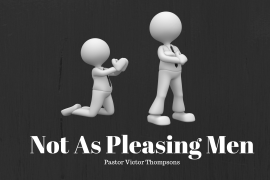 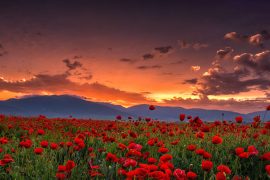