Casting The Children’s Bread To Dogs
What did Jesus mean when He said don’t give children’s food to dogs?

One of the verses to which you refer is Matthew 15:26- “But he answered and said, It is not meet to take the children’s bread, and to cast it to dogs.” In this story (Matthew 15:21-28), a woman of Canaan came to Jesus to ask Him to deliver her daughter from a devil. Initially, He refused with the statement: “I am not sent but unto the lost sheep of the house of Israel” (v.24).

When she persisted and refused to give up, Jesus made the statement in question about giving the bread of the children to dogs. The woman still would not turn away. She pointed out that even the dogs get to eat the crumbs that fell from the table. At this, Christ declared the greatness of her faith and delivered her daughter.

In this story, Jesus is showing us that His main calling during His lifetime was to the Jewish people and not to other peoples of the world. When He sent out the twelve disciples in Matthew 10, He told them, “Go not into the way of the Gentiles, and into any city of the Samaritans enter ye not: But go rather to the lost sheep of the house of Israel” (v.5-6). Even Paul testified “that Jesus Christ was a minister of the circumcision” (Romans 15:8). When the Bible refers to “circumcision,” it is referring to the Jewish people.

You see, Jesus was born as the Jewish Messiah–as their promised Holy One. He came to them to fulfill all the Old Testament prophecies concerning Him. It was only after He was rejected by them, that the message was offered to all people.

LIFE AFTER DEATH AS REVEALED IN THE BIBLE

So, the children of Matthew 15:26 are the Jewish people. The dogs are a picture of the Gentiles–that is, everyone who is not a Jew. Jesus came to His own people (John 1:11). Just as it would not be right to allow our children to go hungry while we fed our pet dogs very well, Jesus would not spend His ministry reaching the Gentiles when He was called to go to the Jews.

The good news is that Jesus was willing to give crumbs to the woman of Canaan because of her faith even when His ministry was to the Jews. And now, after the rejection of Jesus by the Jewish people, “salvation is come unto the Gentiles” (Romans 11:11). According to the apostle Paul, we Gentiles were “without Christ, being aliens from the commonwealth of Israel, and strangers from the covenants of promise, having no hope, and without God in the world” (Ephesians 2:12).

BIBLICAL DISCERNMENT—NECESSARY FOR ALL BELIEVERS
Yet through Jesus Christ, we “who sometimes were far off are made nigh by the blood of Christ” (Ephesians 2:13). We have been given the full blessings of being the children of God. And, though Jesus will again reach out to the Jewish people, we know that He will never turn from us because we are Gentiles. 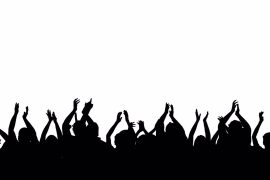 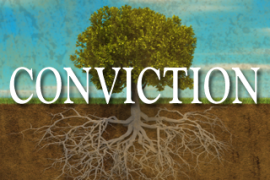 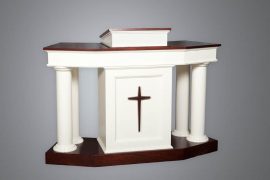