In this article, I want you to understand that a believer can never be rejected by Christ? And i will prove to you from the Bible what Christ said about this.

There is confusion today over this subject, people have asked whether those Christians who do not live a perfect Christian be permitted to enter heaven or they will be rejected by Christ.

Will believers be rejected by Christ if they do not live up to the standard or they do not obey the Lord perfectly?

No, because no one obeys God 100%, and if God would use works to determine if we would get to Heaven, no one will go to Heaven?

No Man Can Saved Himself

There are so many people who do preach and believe that a believer can lose salvation, and be rejected by Christ. But this statement is never found in the Scripture. There is not a single believer in the bible that lost his salvation.

These “theologians are quick to bring the issue of Judas Iscariot, Judas Iscariot was never a believer in the first place, because Christ said that he did not believe and that he would betray him.

Judas Iscariot was sorry “because he betray an innocent blood”, not because he believed, but because he regretted that he betrayed Christ. A perfect illustration is a thief caught in the act, and then he started crying that he is sorry. The reason why he was crying is because he was caught. When Judas regretted his action, he went to commit suicide.

How to Get to Heaven

John 6:64  But there are some of you that believe not. For Jesus knew from the beginning who they were that believed not, and who should betray him.

And also some will bring up Matthew chapter 7, this particular portion of the Bible does not speak of believers, but the fate of false prophets and religious men who are deceiving people with their works, but they have never believed in Christ.

Christ told those religious workers and hypocrites that, “I never knew you”, not that I used to know you, and then you blow your salvation away, and then I stopped knowing, that was not the case., they were never saved, and born again into the family of God.

Christ knew the heart of men, and he does not need anyone to tell him what is in men, therefore, only way for you to stand before God blameless and holy is through the sacrifice of Christ which is sufficient for us.

There is a post that was written on Christian Post website, and you can check below. Let me say this that I do not recommend the writer, neither do I endorsed their Bible versions used, but I do appreciate the writer for standing up for truth about eternal salvation.

Hey, you cannot lose salvation, because it is free, forever, and you have been forgiven by our Lord Jesus Christ.

The Bible is clear that a believer has eternal life the moment he believes in Christ, and not after he died. Let me tell you that if it is important to accept this simplicity of salvation. It costs you nothing to be saved, it costs Christ everything for you to be saved.

2Timothy 1:9-10  Who hath saved us, and called us with an holy calling, not according to our works, but according to his own purpose and grace, which was given us in Christ Jesus before the world began,
But is now made manifest by the appearing of our Saviour Jesus Christ, who hath abolished death, and hath brought life and immortality to light through the gospel:

Heb 10:17  And their sins and iniquities will I remember no more.
Heb 10:18  Now where remission of these is, there is no more offering for sin. 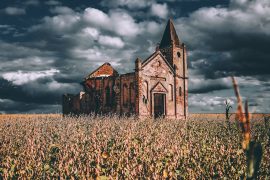 How to Plant A Church from A Scratch 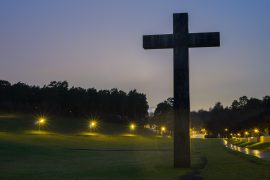 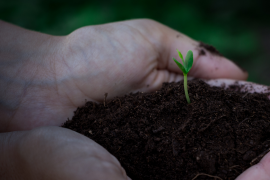 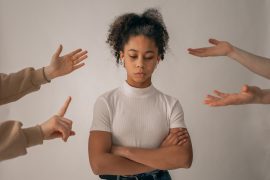